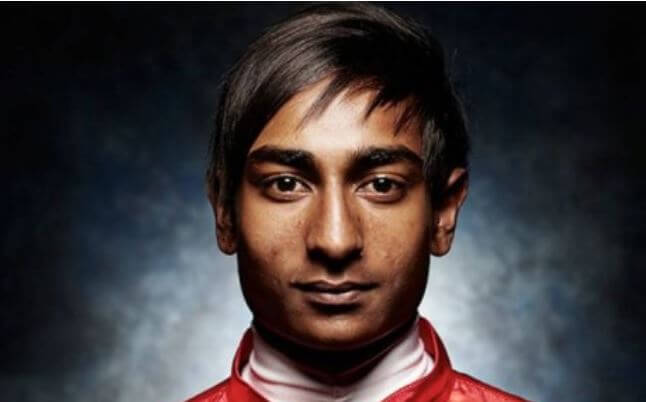 An Australian jockey has been given a controversially short ban from racing after he was shown dismounting and thumping his horse live on TV. Many people are disgusted at his actions, claiming his two week suspension is ‘pathetic’.

The 22 year old Dylan Caboche was racing at Port Lincoln in South Australia on Wednesday when his horse became restless and noticeably unresponsive, minutes before entering the starting gates. This obviously angered Caboche who could see the race slipping away from him. The jockey’s frustration boiled over way more than expected, as viewers saw him jump off of his horse, take a step back and hammer his fist into the ribs of the animal, named She’s Reneldasgirl. 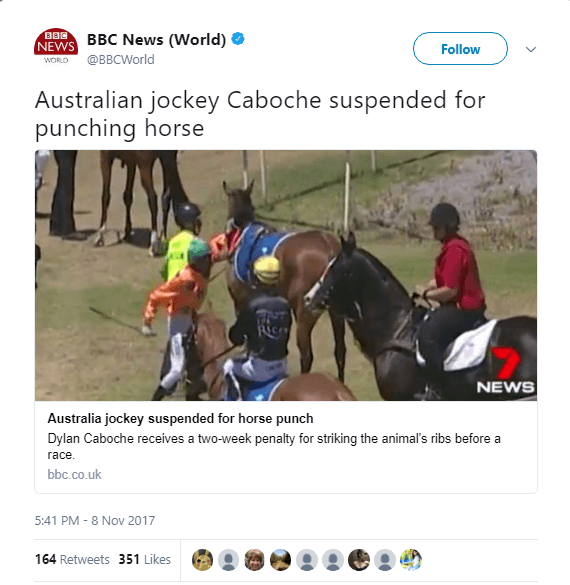 A full news story can be viewed on BBC World News’ Twitter Feed.

Social media took to storm and didn’t delay in bombarding Caboche with abuse and hatred. Many people were highly outraged at his actions and have called for him to be banned from racing for life. The sentence he was giving by Racing SA was only two weeks suspension, which they have stated is a punishment that fits the crime after Caboche showed ‘immediate remorse’ and has ‘a clean record prior to this incident’. Race officials demanded an immediate investigation into the event, allowing actions to be taken as quickly as possible. Despite the ferocity of the jockey’s actions, his horse is supposedly unharmed and ended up finishing 8th in the race.

An RSPCA CEO Paul Stevenson was asked about the ban given to the jockey, where he expressed that a ‘token punishment’ has been given to the rider, and it ‘isn’t anywhere near sufficient’.

Although the 22 year-old has expressed his extreme guilt and disappointment in himself, he has said that the reaction of the public, who have given him death threats, has been ‘a bit extreme’. Although his two week ban has not yet commenced, Caboche has already decided to take time away from the sport and has visited psychiatrists since the event. His father has also flown in to provide him with support as he comes to terms with the severity of his own actions.

He has the right to appeal the ban but it is understood that Caboche will accept the punishment.

A full video of the incident can be seen on ABC News’ website here: