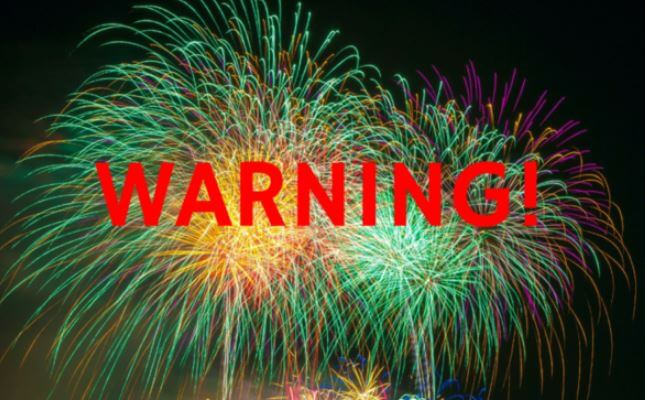 The People for the Ethical Treatment of Animals (PETA) have stressed deep concern that the effects of audible fireworks displays can have on the health of animals. It follows the news that a horse was seriously harmed as it was hit by a car – just after being spooked by the noise of fireworks.

The accident occurred late on Sunday evening on the A57 motorway near Saxilby, West Lindsey and involved an Audi travelling at a safe but high speed. The horse named Willow is owned by local Rachel Taylor and attempted to escape her field in fright of a firework that landed very close to her. Unfortunately, this was a case of ‘out of the fire, into the frying pan’ as she found herself darting across the 40 mph road. Willow was hit by the oncoming car, causing her leg to be split open in horrendous fashion. An image of the injury can be found on Lincolnshire Live’s website. 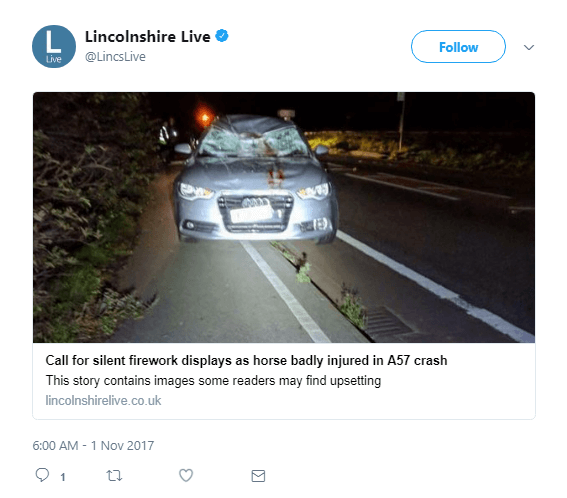 You can find the story on Lincolnshire Live’s Twitter Feed

The owner of the horse has said she’s feeling ‘sick to the core’ as the injuries could take up to a year to heal – that’s she survives in the first place. The stables were given no warning that the display would be taking place, meaning that no precautions could be put in place to stop this from happening.

This is where PETA have stepped in to demand silent firework displays wherever possible. We can all surely agree that it’s the visual effects that are the spectacle, not the deafening boom that’s made after every firework? The fact is that silent firework displays are already in place across the globe and this huge noise just isn’t necessary. Not only are PETA pleading with local councils for change, but the British Horse Society have also revealed statistics that suggest they’ve had more than 100 reports of firework related incidents that have put horses in serious danger.

Everyone should be aware that a horse’s natural reaction to shock is to dart away in the nearest possible direction. This puts them at such a high risk of injury when fireworks are disturbing them. This is something that perhaps should be educated to a wider audience.

The truth is that we don’t need such loud firework displays, and should they take place, the least that can be done is for organisers to notify anyone in the surrounding area. This could prevent accidents like this from happening in the future.